Unless you’ve been living under a rock, you’d know that the Tokyo Olympics is kicking off this this week - and a whole heap of buzz is around the new sports that have been added in. Just like the Winter Olympics has done with Snowboarding and Free Skiing, the Summer Olympics in Tokyo have embraced Action Sports through Freestyle BMX and Skateboarding.

This has definitely caused some divided opinions - with some outsiders say that “skateboarding and BMX aren’t real sports”. Well, we’re going to disagree with that, and hopefully, with a bit more of an explanation, they can embrace the awesome-ness of Freestyle BMX & Skateboarding at the Games.

So, today, we’re going to kick off a multi-part series to explain a bit more about Freestyle BMX at the Olympics. We’re going to cover how the competition will work, who’s competing, how it’s judged and how the Athletes qualified - plus, an in depth look at how Australia qualified. So let’s dive straight in.

What is Olympic Freestyle BMX?

Freestyle BMX is basically riding a BMX Bike and doing stunts & tricks on a variety of different obstacles. There are many different forms of Freestyle - Dirt Jumping, Flatland, Vert, Bowl & Park just to name the mainstream ones. For the Olympics, the discipline of Freestyle that has been included is called Freestyle BMX Park.

In Freestyle BMX Park competitions, athletes have a timed run of 60 seconds to use a course that is made up of a variety of box jumps, hips, spines & quarter pipes. During that timed run, they do as many tricks as possible to impress the judges. The judges score each run out of 100 (Part 2 explains how the judging works), and the highest scoring run wins.

Here is an example of a Freestyle BMX Park Course - like the one used at the Olympics: 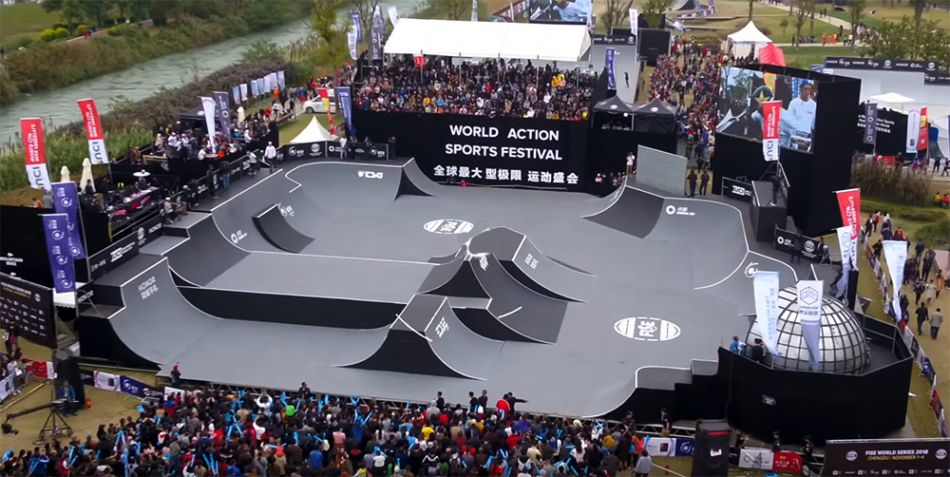 How does the Olympic Freestyle BMX Competition work?

As we said above, a Freestyle BMX Competition is made up of athletes taking 60 second runs on the course - but there are a few more important details.

Most events have at least 2 competition rounds - a qualifying round and a Finals round - events with more than 30 competitors also have a Semi Final. This is how most events on the UCI World Tour are run. During each round, each rider gets 2x 60 second runs and each run is scored individually. During qualifying, scores are averaged (making it critical to have two solid runs), and in Semi Finals & Finals, only the best score counts (meaning riders can go for a bigger harder tricks as they can drop a run where they fall or don’t land perfect).

Most events will start with 30+ riders, then the top 24 advance to Semi Finals, and the top 12 advance to Finals. This is usually done over 3x days.

Now, the Olympics Freestyle BMX Competition is a bit different to this because there are only 9 athletes competing in each field (mens & womens). So, they aren’t having a “Qualifying Round” - but they are having a "seeding round”. This is going to be the same as qualifying, except that no riders are eliminated from he contest.

Riders get 2x runs, the score is averaged, and this will give them the running order for the final - with the highest placed score getting the advantage of going last. In the final, it is best run counts as normal.

This is just Part 1 of our multi-part Freestyle BMX Explained series.  Part 2 dives into how Freestyle BMX is Judged, Part 3 covers the athletes competing & qualification process.

The Olympic Freestyle BMX Competition will be shown live on Channel 7 - with the Seeding Round taking place on July 31st from 11am, and the Medal Round on August 1st 11am.